The Mental Health Association of Middle Tennessee announced that Chancellor Nicholas S. Zeppos has been named the recipient of the 2011 Jack C. Massey Leadership Award. This award is presented biennially in recognition of outstanding community leadership and considerable contributions to numerous causes that improve the lives of Middle Tennessee’s citizens.

“For nearly a quarter century, Nicholas Zeppos has been part of the Nashville and Vanderbilt community, and today he is a dedicated leader of Nashville’s largest employer,” said Tom Starling, president and CEO of the Mental Health Association of Middle Tennessee. “Chancellor Zeppos is committed to life-long learning, healthy families, and a better economy for our future in Middle Tennessee. We are delighted to name him as the recipient of the biennial Jack C. Massey Award.”

For 24 years, Zeppos has been a leader in the Vanderbilt community. A noted legal scholar, teacher and executive, he has focused Vanderbilt on its core missions of teaching and research and personally recruited a significant number of its world-class faculty. In 2008 Zeppos was appointed as Vanderbilt University’s eighth chancellor.

Zeppos has led a number of important initiatives at Vanderbilt, but his influence extends well beyond the campus borders. In the Nashville community, he serves on the boards of the Nashville Area Chamber of Commerce and the Nashville Alliance for Public Education. He also serves on the National Security Higher Education Advisory Board and the Freedom Forum Diversity Institute Board.

The Jack C. Massey Award was created by the Mental Health Association in 1986 to honor the late Mr. Massey’s lifelong dedication to the Nashville community. He was a founder of Baptist Hospital and was on its Board of Trustees for 20 years. He also was a trustee of Montgomery Bell Academy and a founder of the Tennessee Performing Arts Center. He made frequent contributions to local academic institutions such as Vanderbilt Law School, Meharry Medical College, and Belmont University, whose graduate school of business bears his name. One of the most successful entrepreneurs of his time, Mr. Massey helped establish and lead numerous corporations including Kentucky Fried Chicken, Thomas Nelson Publishers, Surgical Care Affiliates, Corrections Corporation of America, Hospital Corporation of America and Massey Surgical Supply.

Alyne Massey, Massey’s widow, will serve as honorary chair of the invitation-only awards dinner event, which will be held November 1, 2011. Jeff Balser, Vanderbilt vice chancellor for health affairs and dean of the School of Medicine, and his wife, Melinda, will serve as event chairs.

The event formally kicked-off June 13 at a reception in Kirkland Hall on the Vanderbilt campus. 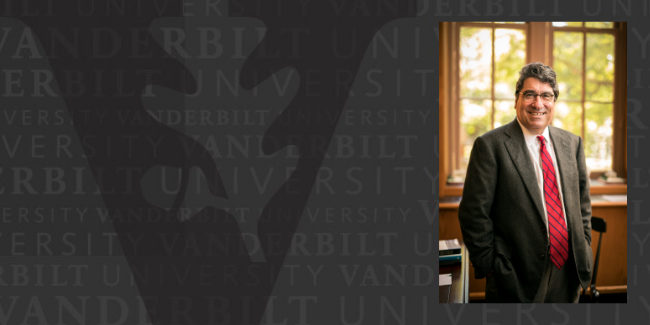