Laboratory throws away cookbooks in pursuit of discovery

In an educational environment increasingly characterized by canned and virtual science experiments that always come out right, Vanderbilt’s alternative introductory biology laboratory (BSC 111c) stands out because the students are asked to design experiments as well as conduct them and, above all, because they are given the freedom to fail.

“This gives the students a taste of what scientific research is really like,” explained Steven Baskauf, the senior lecturer who developed and teaches the lab, as he stood in the lobby of MRB III that was mobbed by students and visitors.

The crowd was attending the poster session that caps the end of the course by displaying the findings of the student research projects.

One poster, for example, described an experiment comparing the types of bacteria found on the ATM machines in the Medical Center with those in other locations. Another summarized an analysis of the water quality of a creek in an urban park, the Richland Creek Greenway.

Those were two of seven scientific projects that the students conducted in the past semester.

“The experience is particularly valuable for freshmen and sophomores who are considering careers in biological sciences. They find out if they love it or hate it,” said Baskauf. The course attracts a number of pre-meds as well. “Even if they never go into research, their experiences will help them understand the research-related information that they need to evaluate as physicians.”

“I go to a lot of education conferences and this type of inquiry-based course is what every one is looking for,” said Assistant Director of the Center for Teaching Derek Bruff, who helped Baskauf design the course five years ago. “Steve deserves a lot of credit for making it work so well.”

In the fall semester, the students take BSC 111a. In the class, all the students conduct the same experiment – one purposely chosen for its ambiguous results. The objective is to make a break with cookbook experiments, where there is a definite answer that students know before they start, and give them a taste of what it is like to conduct an experiment when they don’t know the outcome.

In the spring, most students take the more conventional lab course BSC 111b, but those who are interested can sign up for BSC 111c. The course is limited to 48 students and it always has a large waiting list, Baskauf said.

One of the keys to the success of the lab is the mentoring role that graduate students play, Baskauf and Bruff agree. “Normally, TAs don’t have any say in the classes that they teach,” Baskauf said. “In this course, they have an opportunity to participate in choosing the basic content.”

Student describes an experiment examining the biological clock in blue-green algae. (Susan Urmy / Vanderbilt University)
At the end of the fall semester, Baskauf and the TAs come up with a list of projects that they think the students can successfully complete in the spring semester.

The ATM bacteria project was the idea of a research fellow in the Division of Infectious Diseases at the Medical Center while another project examining the survival of blue-green algae in different light/dark cycles was proposed by a graduate student who works in a circadian clock research laboratory.

After the undergraduates select a research project, each group designs the experimental procedure, collects the required information and analyzes the data under the close supervision of the respective mentors.

“There are always a fair number of failures,” said Baskauf, with the slight smile of an experienced experimentalist who knows that scientists often learn more from their failures than they do from their successes.

The Richland Creek Greenway water quality study is a case in point. “My students didn’t really get any significant results due mostly to a small sample size,” said the mentor, Jill Neblett.

However, they did make a number of interesting measurements. They found that the temperature, acidity, dissolved oxygen and nitrate levels were all within the normal, healthy range. They made measurements along the length of the creek and didn’t find any spikes that would indicate any possible entry points for pollution. They also examined the creek’s microscopic inhabitants and found a number of species that are very sensitive pollution, indicating that the water quality of the creek was pretty good.

Curious about the results of the ATM study? The students demonstrated that ATM use is potentially an efficient method of spreading bacteria. According to the mentor, Jana Radin, they took samples from ATMs at the Medical Center, on campus and a couple of off-campus locations. They found slightly higher levels of bacterial contamination at the Med Center and campus locations than at the off campus locations. However, they did find anti-biotic resistant strains at all locations. So, people who are particularly susceptible to bacterial infections may want to clean their hands with an antiseptic wipe after using an ATM.

Their project reminds me of a similar study that was done a number of years ago that looked  at the bacterial contamination of paper currency. Sure enough, the researchers found that the bills in your purse or wallet are covered with bacteria. At the end of the paper, they made the tongue-in-cheek offer that they would be happy to sterilize any bills that people sent them. I doubt they had many takers. 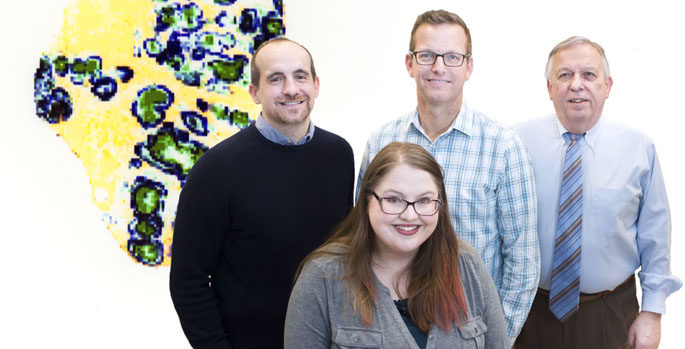 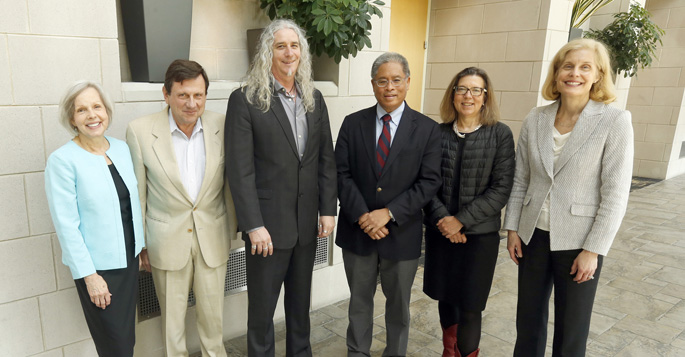 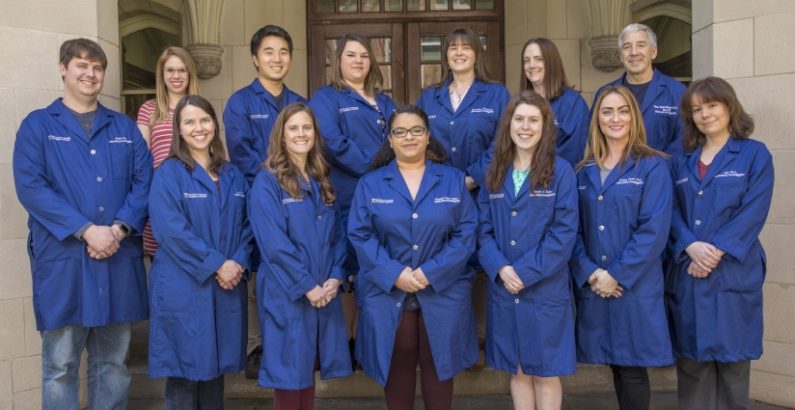