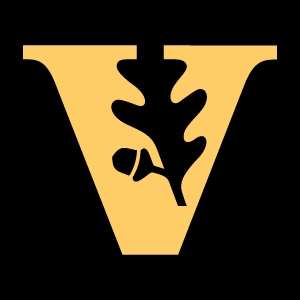 Two Vanderbilt University students have been selected as Goldwater Scholars. Each will receive a two-year scholarship worth $7,500 a year for educational expenses.

Each year, Vanderbilt and other four-year universities are given the opportunity to nominate up to four outstanding sophomore and junior students in the math, science and engineering fields. Two-year schools may nominate up to two students. Competition for the award is fierce: 275 scholars were selected on academic merit this year from a field of 1,095 students.

The Vanderbilt students who are 2011 Goldwater Scholars are Tim Xu and Justin Menestrina. Junior Greg Gauthier was selected for honorable mention.

Tim Xu, a junior from Vienna, Va., is completing a double major – with honors –  in neuroscience and European studies. A Howard Stirling Vanderbilt Scholar and former National Merit Scholar, Xu has earned numerous recognitions for his work in neuroscience, biology and French. He has held research internships at the National Institute of Mental Health, the Washington University School of Medicine and Vanderbilt University Medical Center, and is a named author in several publications.

This semester, Xu is studying at Sciences Po in France. He has been an active member of the Vanderbilt community in student government, the Undergraduate Honor Council, associate editor of the Vanderbilt Undergraduate Research Journal and as a teaching assistant. He also works at the Dayani Center for Health and Wellness as an aquatic exercise professional.

Xu plans to earn an M.D./Ph.D. in neuroscience with an emphasis on research into mood and anxiety disorders, in the hopes of characterizing disorder pathophysiology in susceptible subpopulations with the goal of designing targeted treatments. In addition, he wants to make psychiatric research more accessible to the general public and work toward the reduction of the stigma associated with mental illness.

Justin Menestrina, a junior from Knoxville, Tenn., is a physics student conducting honors research in preparation for his senior thesis. He has spent two summers as a student researcher at the Oak Ridge National Lab in both the bio-sciences/genomics division and the Center for Nanophase Materials Sciences. In the summer of 2010, he went to the University of Duisburg – Essen, Germany, as a DAAD Research in Science and Engineering (RISE) Scholar.

He is currently conducting research on dark radiation in the early universe. Beyond the lab, Menestrina is a rock climber and instructor for the Wilskils outdoor program. He is an also an avid photographer. Menestrina plans to earn a Ph.D. in either astrophysics, cosmology or physics in preparation for a career in teaching and research at the university level.

Greg Gauthier, a junior from Wheaton, Ill., earned honorable mention. Gauthier is working toward an honors degree in mathematics and economics and maintains a 4.0 GPA. He is a Cornelius Vanderbilt Scholar and vice president of Quiz Bowl. In 2008, he received a gold award from the Asian Pacific Mathematics Olympiad. Upon completion of his bachelor’s degree, Gauthier plans to pursue a Ph.D. in mathematics, focusing on either graph theory, game theory or statistics in preparation to teach at the university level.

Of the 275 recipients this year, 24 scholars are mathematics majors, 194 are science and related majors, 52 are majoring in engineering and five are computer science majors. Many of the scholars have dual majors in a variety of mathematics, science, engineering, and computer disciplines.

The Goldwater Foundation is a federally endowed agency established by Public Law 99-661 on Nov. 14, 1986. The scholarship program honoring the late Sen. Barry M. Goldwater was designed to foster and encourage outstanding students to pursue careers in the fields of mathematics, the natural sciences and engineering. The Goldwater Scholarship is the premier undergraduate award of its type in these fields.