How to Fake a Book Report

Mrs. Quarles was about the best teacher there was in East Tennessee—patient and demanding while teaching us how to take apart sentences and examine their symmetries, which I really did enjoy doing. She was a tough lady, but I knew she loved me, and she knew I loved her class. We all did. And she didn’t take any crap from anyone, pushing her eighth-graders hard and making us believe.

But I was one of those kids, the one who was bright but every now and then didn’t do homework or asked the smart-ass question that got me the bad kind of attention and a bit of disdain from my classmates. I tested the boundaries, the negative results providing me with a semblance of what I needed at that time in my life, though at my teachers’ expense. I was a goofball.

So Mrs. Quarles gave us that assignment that just seemed so easy: Find a good book, any book, read it, and give a presentation of any kind in front of the class. Anything. You can make a poster, you can act out part of the story, you can create puppets. Anything. The class was buzzing with possibility. We had two weeks to do it. I could sense my classmates thinking this would be the greatest assignment ever. I figured it would be easy, no sweat, like everything else.

So time went by, and I did nothing. Not one thing. Didn’t find a book, didn’t read a book, nothing. And all of a sudden it was payday, and I had nothing to show. So the night before my turn to present, I went through my parents’ bookshelf and tried to find the most obscure title so I could fake my way through the project and satisfy everyone. Hey, it’s not like it was the first time I had taken a shortcut or fooled a teacher. I could handle this one. Surely, there was some book here with a silly title that would get me off the hook.

And then it leapt out at me from the stack. There was no way Mrs. Quarles would have read this one, with that unlikely adult title of To Kill a Mockingbird. What a dumb title! This was going to be easy. I had it made in the shade, baby!

So I scanned the first and last couple of pages and saw that some girl named Scout had a lot of fun with a boy named Jem and some other kid, and at the end she said, “Hey, Boo,” to another kid hiding in the corner, and there was this tree they found stuff in. Easy!

I quickly drew a picture of a tree on a big white piece of paper and put several talking balloons leading up to that tree and unseen children hiding in the branches. One of them said, “I found a knife!” And another one said, “This is the best summer ever!” The final one said, “Hey, Boo.” I had this thing covered. Fifteen minutes and done!

So there I was in front of class during my turn to present, and I said, “I read this crazy book called To Kill a Mockingbird, and it was … .”

Before I could get any further, I heard Mrs. Quarles’ mellifluous voice interrupt me with great joy. “Oh, I just love that book!”

I looked over at dear old Mrs. Quarles’ bright face and huge, anticipatory smile, her practically leaning in toward me from her seat, and I knew I was sunk. But I persevered, not quite willing to admit defeat. “So this book was about the crazy fun these kids had all summer in a Southern town. You can see here some of the comments they made.”

“Uh, well, there was this kid, Jem, and he finds stuff and then his friend Scout … .”

And that pretty much did it. Mrs. Quarles was on to me. Her bright face had turned into a stormy cloud. “Gary Gerson, I know you have not read that book. You just sit down there right now, and come see me after class.”

Mrs. Quarles sat behind that desk and glowered. “Gary Gerson, you cannot fool me into thinking you read that book, which is one of the greatest ever written. I will give you one week, and at the end of that week, you come back in here and you describe every bit of that book to our class. Now go to your next subject.” And she was done with me.

I was 10 inches tall when I walked out of there, my legs stone. And time went by. And the week was up. And I did not read that book again. For some strange reason I tried again to feebly fake it in front of the class, and I was busted as quickly as you could tell a verb from a noun. This time after class at her desk, Mrs. Quarles wrote a note home telling of my exploits. I was scared now, good and scared.

But when Mom scowled at me with that note from Mrs. Quarles clenched in a small tight fist, blue veins a-poppin’ out like snakes, I only trembled for a moment. You see, I was good at this sleight of hand.

I figured out to tell Mom that Mrs. Quarles had once used New Testament characters when illustrating a conjugation (“Mary and Joseph walked down the Jerusalem street”). And that was a brilliant redirect—Mom’s rage was off me and onto Mrs. Quarles where it belonged. She had clearly tormented me with her Bible, forcing me not to do the necessary work.

Mom could be fierce when it came to protecting what we were: Jews in the thick notch of the Bible Belt. It was known around town that she would have no tolerance for anyone who tried to infuse any small, sneaky bit of Christianity where it did not belong. I found this very convenient at times, such as when lovely and proper Mrs. Quarles, my wonderful, dedicated, gray-haired English teacher, sent home a note in eighth grade telling Mom that I had not read To Kill a Mockingbird as assigned. I had truly thought my teacher had never heard of that book, which probably merited even more punishment for stupidity.

Oh boy, did Mom get Mrs. Quarles back in the follow-up note, just like I had planned. I knew she was telling good Mrs. Quarles not to dare use the Bible again in class while I was in there, a poor little Jewish boy in the grasp of evil Christian brainwashing. How could this happen in a country where freedom of religion and separation of church and state were such important doctrines!

I was a genius. Mom hardly even reprimanded me, other than insisting I read that book at once. She made it clear that this would happen in the note.

When I handed that note to this nice lady, prim behind her desk-throne in the midst of her kingdom, I thought I was about the cleverest boy who ever walked into a classroom. I watched Mrs. Quarles as she read it, probably expecting that my mother would acknowledge my poor choices in the class regarding the unread book and offer a sincere apology.

But as my mother’s chastising words registered in Mrs. Quarles’ mind and I felt a smug expression spread across my face, my good teacher just pressed her lips together and told me she did not care if I ever read that book. She would not let her eyes reach mine.

I’d never had a teacher not look at me. I don’t think she looked at me for a month. At once I felt lower than a carpet tack. I had hurt my teacher, and it did not feel good.

I have read To Kill a Mockingbird probably 10 times now, and seen the movie 10 more. But much more important, I have learned to understand why I did not read that book when I was in eighth grade. And it becomes even clearer to me when I have a student who undermines her grade with four missing homework assignments in a row or a lab report that was written in about two minutes.

I have taught school for 24 years now, and in those years I have learned that as children, we all just needed some power. The capable kid who does not do the work and the A+ student who earns a less-than-perfect grade and goes home and tells Mom that her teacher was mean to her—they both do it for some form of power that is missing at that stage of their lives. They need to show someone, anyone, who exactly is in charge. And the safe teachers are often the ones who get the hammer, because the student knows the teacher loves him.

I have sent Mrs. Quarles roses twice since 1977, even though she has been retired many years. I think it may be time for another dozen. She has made no secret of her joy that I am a teacher now. I think she only wanted me to teach so I would get students just like myself. Some teachers are all about revenge. 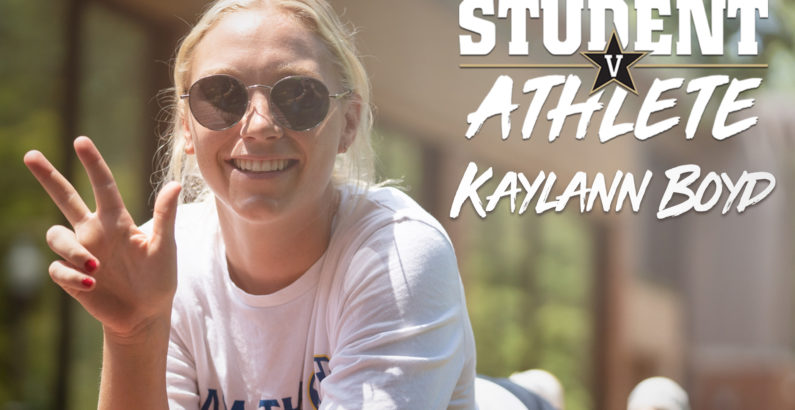