History Test: Where Is This? (Answer)

The photograph is of the Commodore Room (aka the “C” Room), a grill/short-order dining facility in the front part of Rand Hall, as it appeared when Rand was completed in 1953. Today the space is occupied by another dining facility, Chef James Bistro (see photo). Rand Hall’s “C” Room wasn’t the first at Vanderbilt: Before Rand’s construction, Alumni Hall also had a Commodore Room. Alumni Hall was constructed as Vanderbilt’s first student center in 1926 and was dedicated to the 44 Vanderbilt men and women who lost their lives during World War I. 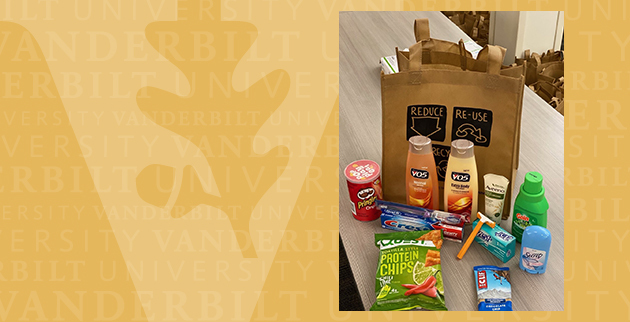