Two noted scholars of Afro-Cuban history will speak at an April 15 symposium at the Bishop Joseph Johnson Black Cultural Center.

“We are delighted to bring Matt Childs, director of the History Center at the University of South Carolina, and Oscar Grandío-Moraguez, a visiting history professor at the University of North Florida, to campus,” said Jane Landers, the Gertrude Conway Vanderbilt Professor of History. She co-directs with Celso Castilho, an assistant professor of history, the Circum-Atlantic Studies Seminar at the Robert Penn Warren Center for the Humanities. The symposium, which is free and open to the public, will begin at 4:10 p.m.

Childs will speak on “Gendering the African Diaspora in the Iberian Atlantic: Recreating African Ethnic Identities through Religious Brotherhood and Cabildos de Nación.“ Childs is the author of The 1812 Aponte Rebellion in Cuba and the Struggle against Atlantic Slavery, a finalist for the Frederick Douglas Book Prize. The book is also being recognized at the XXI Book Fair in Havana this year. He is working on two book projects that place the historical experiences of Cuba’s population of African descent in wide Atlantic World contexts.

Grandío-Moraguez will address “Rebuilding a ‘Congo Nation’: West Central Africans in Colonial Cuba.” Grandío-Moraguez has been a member of the Ecclesiastical and Secular Sources for Slaves Societies project directed by Landers. He has contributed to the acclaimed Trans-Atlantic Slave Voyages Database hosted at Emory University. He also directed two major digitalization projects of his own to preserve black history of Cuba.

The symposium is co-sponsored by the Circum-Atlantic Studies Seminar, the Department of History and the Center for Latin American Studies. For more information, contact Landers at jane.l.landers@vanderbilt.edu. 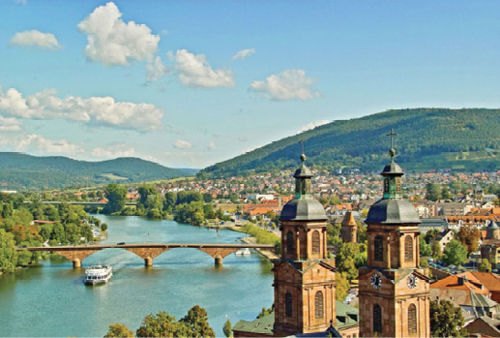