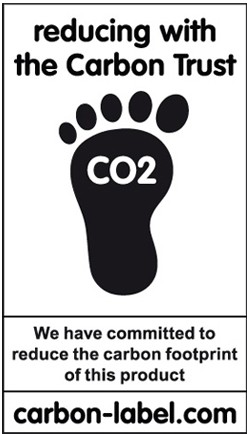 Almost all climate scientists agree that actions must be taken to lower carbon emissions, also known as greenhouse gases, to reduce the risk of damage to the environment and ultimately human health. A group of researchers says adding carbon labels to products could help change purchasing behavior and corporate supply chains, ultimately leading to large emissions reductions. They propose a private labeling system to fill the gap until national and international rules are adopted.

“When you look at food in a grocery store, one item may be very low carbon and one may be very high and right now you just don’t know. A global private labeling system would give you information on the carbon associated with the various products you might buy,” said Michael Vandenbergh, environmental law professor at Vanderbilt Law School and director of the Climate Change Research Network.

When you look at food in a grocery store, one item may be very low carbon and one may be very high and right now you just don’t know. A global private labeling system would give you information on the carbon associated with the various products you might buy.”

Vandenbergh and co-authors Thomas Dietz of Michigan State University and Paul Stern of the U.S. National Research Council believe adding carbon labels to products could put power in consumers’ hands not only to buy products with a lower carbon footprint, but also to influence how businesses produce, package and transport products, thus leading to lower carbon emissions. Their commentary is published in the premier issue of the journal Nature Climate Change, published April, 2011.

By consumers choosing one product over another, companies may be pressured to make different choices in how they grow or produce, package and transport consumer goods. But this could also lead to financial benefits to companies as well.

“Research shows that when a firm begins to study where the carbon is coming from in its supply chain, it will often find efficiencies in the supply chain it didn’t know existed,” said Vandenbergh. “For many companies, they will find that there are energy efficiency savings there — which mean cost savings — and they will begin to act in part because they want to provide consumers with what they want and in part because it’s simply cheaper for the business to operate.”

How Would a Carbon Label Work?

Right now there are multiple carbon labels being promoted and used—all with the goal of trying to reduce carbon emissions by influencing companies and consumers.

One version of a carbon footprint label currently on some products in the United Kingdom was established by the non-profit Carbon Trust. The goal of their label is to show the volume of greenhouse gasses emitted during a product’s lifecycle, also known as its carbon footprint. The label also shows that a company is working to reduce that carbon footprint number within two years.

How is a Carbon Footprint Measured?

A carbon footprint is measured by adding all the greenhouse gasses released during the life cycle of a product. These gasses may come from farming and sourcing of raw materials; how and where the product is built; how it’s transported; and how the product and its packaging is disposed by the consumer.

The authors stress that small changes by consumers will make a big impact in lowering carbon emissions, especially because individual houses make up more than a third of all carbon emissions in the United States and around the world. Vandenbergh recently did a study titled, “Individual Carbon Emissions: The Low-Hanging Fruit,” explaining a number of simple, low-to-no-cost actions people can take to lower their own carbon footprint.