Perspectives on Obama, Palin and more at Saturday University 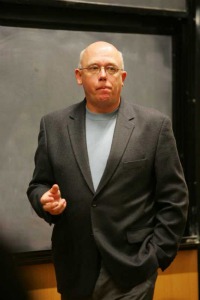 Saturday University, designed to fill the niche between the single lecture and a full degree program, offers a lecture each Saturday morning for four weeks organized around a central theme. The cost is $50 for the entire series, which meets 9:30 to 11:30 a.m. March 19, March 26, April 9 and April 16 in Cohen Memorial Hall on the Vanderbilt campus.

This semester’s theme is “Through the Looking Glass of American Politics: Research and Lectures Exploring Current Events.” Each session will conclude with a question-and-answer session.

March 19: “The 21st Amendment in the 21st Century: Politics, Economics and the Evolution of the Wine Wars” by Wiseman, associate professor of political science and law.

March 26: “The Tea Party, Sarah Palin and the 2012 Presidential Election” by Geer, Distinguished Professor of Political Science and chair of the department.

To register for Saturday University, call (615) 343-3140 or download and print out the mail-in registration form.