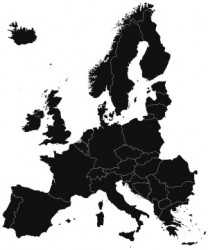 The lives and challenges of being black or of African descent in Europe are explored this semester in the Black Europe and the African Diaspora lecture and film series at Vanderbilt University.

Convened by Trica Danielle Keaton, associate professor of African American and Diaspora Studies, and co-sponsored by a number of units at Vanderbilt, the series takes the audience on an adventure through England, France, Spain, Germany, Ireland, Norway, The Netherlands, indeed, the diaspora itself.

“As a variety of observers document, blacks in and of Europe continually confront racism, racialized violence, and discrimination in countries that are their contested homes,” Keaton said. “The Black Europe series seeks to draw much-needed light to these issues.”

All the lectures and films are free and open to the public.

5:10 p.m. Jan. 27, What is Europe? Who is European: The EU Project, a lecture by John A. McCarthy, professor of European studies, Vanderbilt, in Room 109 Calhoun Hall.

5:10 p.m. Feb. 24, Race and Migration to Britain: Love thy Neighbor … Who Shouldn’t Be Here in the First Place, a lecture by Stephen Small, associate professor, African American Studies, University of California, Berkeley, in Room 109 Calhoun Hall.

5:10 p.m. April 7, It’s Not All Black and White: Historical Representations of Black People and Contemporary Black and White in the Netherlands, a lecture by Gerrit Dielissen, university docent at Urtrecht University, in Bishop Joseph Johnson Black Cultural Center.

5 p.m. April 9, screening of film Harlem in Montmartre: A Paris Jazz Story in the presence of filmmaker Dante James and Tracy Sharpley-Whiting, director of the African American and Diaspora Studies Program, Vanderbilt, in Sarratt Cinema.