Kids who think Dad works too much more likely to bully 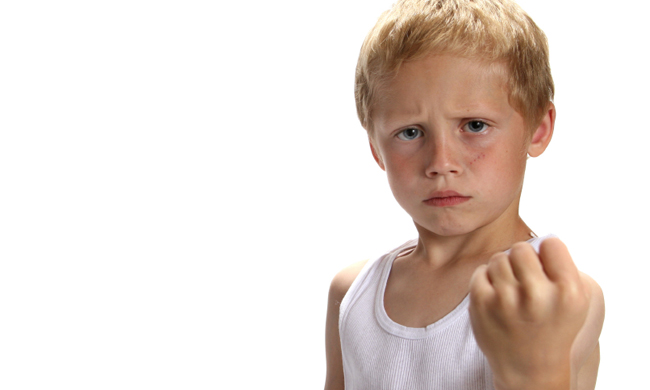 Do your children think you work too much and don’t spend enough time with them? If so, their perception could lead to bullying behavior, according to research by Vanderbilt University sociologist Andre Christie-Mizell.

“Our behavior is driven by our perception of our world, so if children feel they are not getting enough time and attention from parents then those feelings have to go somewhere and it appears in interaction with their peers,” said Christie-Mizell, an associate professor of sociology and licensed psychologist specializing in family therapy and the treatment of children with mood and behavior disorders.

Perception of time away from fathers impacts behavior

What Christie-Mizell found is that it was children’s perception of how much time they spent with their fathers that had the most impact on bullying behavior.

Christie-Mizell began the research thinking that mothers’ work hours – since mothers overwhelmingly are the ones to care for and monitor children – would be more likely to have an impact on whether children exhibited bullying behavior such as being cruel to others, being disobedient at school, hanging around kids who get in trouble, having a very strong temper and not being sorry for misbehaving. However, it was when fathers worked full time or overtime and children perceived that they did not spend enough time with their fathers that bullying behavior increased.

Mothers’ work hours showed modest to no effect on bullying behavior. Christie-Mizell believes this is because children perceive mothers as being more accessible because they still handle most of the responsibilities at home as caregivers and family managers.

“[rquote]The findings about fathers and mothers are important because it turns what most of us think is conventional wisdom – that mothers have the most influence on children – on its ear.[/rquote] What this research shows is that while it’s equally important for kids to spend time with both parents, fathers need to make an extra effort,” he said.

His suggestion is to set up a schedule for parent-child interaction in order to guide children’s perceptions – so, for example, a child knows that every Saturday morning he or she is going to have breakfast or play ball with Dad. Christie-Mizell says the interaction has to be purposeful so children know they will have this time, rather than the random, last-minute trip with Dad to the grocery store.

Christie-Mizell studied the behavior and perceptions of 687 children who were 10 to 14 years old and living in two-parent homes in 2000. He measured their bullying behavior using a scale based on the Behavior Problem Index (BPI), a 28-item scale designed to assess typical childhood behavior syndromes.  He also looked at their parents’ work hours, with about 40 percent of the mothers and 47 percent of their spouses/partners working full-time – on average 35 to 40 hours per week – and 15 percent of mothers and 50 percent of their spouses/partners working overtime – more than 40 hours per week.