Focus on black, gay or Hispanic men troubling in study of the macho man 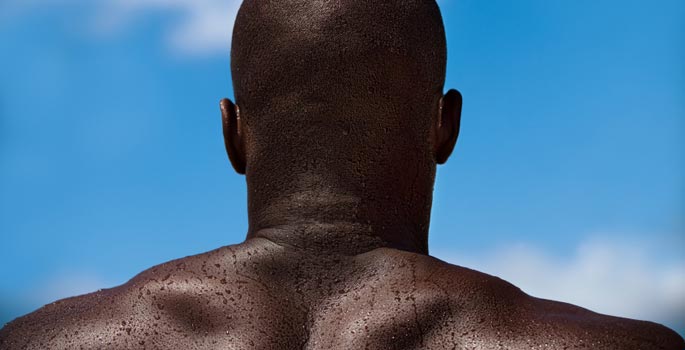 We all know how to spot a macho guy – right? He’s a man’s man with a certain swagger and a way with the ladies. Well, social scientists have a different opinion – one that perpetuates stereotypes about black, Hispanic and certain homosexual men.

In social science circles, a macho or hypermasculine man is thought of as “over the top” or abnormal – a sort of dark side of masculinity characterized by aggressive, domineering, violent, oversexed and careless, risk-taking behavior.

But most troubling about the research on hypermasculinity to Richard Pitt, Vanderbilt assistant professor of sociology, is how often it focuses on men who are black, Hispanic and/or gay.

Pitt looks at the field of study in a chapter titled “Revisiting Hypermasculinity: Shorthand for Marginalized Masculinities,” in the book Where Are the Brothers: Essays and Studies on African American Masculinities.

[rquote]“Hypermasculinity is studied as something largely negative so when the term is so often linked to marginalized populations like blacks and Hispanics, the knee-jerk reaction is to think of black and Hispanic men as problematic members of society[/rquote],” Pitt said.

According to Pitt, it is the contradictory nature of hypermasculinity research that contributes to the negative perceptions. The field of study and meaning of the term are still largely undefined, but what research social scientists have done has focused on particular groups of men – so by default these men get to “own” or define the term.

“The researchers have relied on existing perceptions of black, Hispanic and gay men when choosing them as subjects of the research and the end result is the perpetuation of stereotypes – ‘the threatening sexuality of the black male,’ ‘the temperamental and abusive Hispanic,’ and the ‘contrived and inauthentic masculine performance of the gay man,’” Pitt said.

“These representations are a problem on many levels – particularly since they perpetuate stereotypes against those who have little voice in mainstream media in order put forth alternative representations.”

To learn more about Pitt and his research, visit www.vanderbilt.edu/sociology/VDOS_People_RichardPitt.shtml