Richard Nagareda, the David Daniels Allen Professor of Law and director of the Cecil D. Branstetter Litigation and Dispute Resolution Program at Vanderbilt University Law School, died at his home on Friday, Oct. 8. He was 47.

Nagareda’s appointment to the David Daniels Allen Chair in Law had been announced by Dean Chris Guthrie just two weeks before Nagareda’s death.

“Richard was a personal friend as well as an esteemed colleague, and those of us who were fortunate enough to know him and work with him are devastated,” Guthrie said. “The legal academy has lost a gifted scholar, our students an extremely talented teacher, and his wife, son and mother have lost a beloved husband, father and son.”

Nagareda was a leading civil litigation scholar whose work focused on class actions and aggregate litigation. He was the author of a definitive work on complex litigation theory, Mass Torts in a World of Settlement (University of Chicago Press, 2008), as well as a casebook, The Law of Class Actions and Other Aggregate Litigation, released by Foundation Press in 2010.  He served as an associate reporter on the American Law Institute’s Principles of the Law of Aggregate Litigation, released in summer 2010, and took the primary drafting role for the chapter addressing class certification. He had directed the law school’s Cecil D. Branstetter Litigation & Dispute Resolution Program since its founding in 2005.

In addition to being a respected scholar, Nagareda was an esteemed teacher who held the three-year Tarkington Chair for Teaching Excellence from 2006 to 2009 and was recognized three times by his students with the Hall-Hartman Award for Teaching Excellence, most recently in 2010. He taught Administrative Law, Complex Litigation, Evidence and multiple seminars, including an innovative Civil Litigation Capstone Seminar he developed for third-year students.

“Richard was a gifted teacher and mentor,” Guthrie said. “Regardless of the subject matter, he received outstanding teaching evaluations from his students, many of whom remained in touch with him after graduating.”

“The entire Vanderbilt community is deeply saddened by the loss of Richard Nagareda. He was an exemplary scholar and brought an unparalleled level of expertise to the law school,” said Vanderbilt University Chancellor Nicholas S. Zeppos. “Richard had an amazingly clear way of explaining complex lawsuits to others and was readily available to add his perspective to the public discourse on important topics. It was an honor to have him represent Vanderbilt in that way.”

“Richard was among the most influential and widely cited legal scholars in his field in the country,” Guthrie said. “He published a rich body of scholarship on aggregate litigation, in which he drew from legal doctrine, economics, psychology, and the on-the-ground realities of litigation and litigation financing to offer a pragmatic and nuanced account of the resolution of mass disputes and carefully balances both private and public law considerations.”

Nagareda earned his undergraduate degree from Stanford University in 1985 and his J.D. from the University of Chicago in 1988. He then served as a clerk for Judge Douglas Ginsburg on the U.S. Court of Appeals for the D.C. Circuit. He practiced law in the Office of Legal Counsel for two years and then joined the law firm of Shea & Gardner, where he practiced for three years. In 1994, Nagareda joined the faculty at the University of Georgia School of Law, where he taught for seven years before joining the Vanderbilt faculty in 2001. He was a visiting professor at New York University, the University of Texas and Vanderbilt.

“Richard has an exceptional record of scholarship, teaching and service, coupled with his national reputation as a leading light in his field,” Guthrie said.

“I am deeply saddened by Richard Nagareda’s untimely death. He was a brilliant scholar, a devoted teacher and a wonderfully generous university citizen. My thoughts and prayers are with the Nagareda family and the entire law school community during this most difficult time,” said Vanderbilt Provost and Vice Chancellor for Academic Affairs Richard McCarty.

Students and colleagues benefited from Nagareda’s sense of humor and his deep appreciation and enjoyment of pop culture, of which he had an encyclopedic knowledge. He was a fan of The Simpsons, the cable television series Deadwood, and an avid movie buff. A devoted sports fan, he was a lifelong supporter of the New York Yankees, the San Francisco Giants and the San Francisco 49ers. Knowing his students mimicked his distinctive speaking style, he awarded a prize each year to the student whose impression of him was judged best by a panel of faculty.

Nagareda is survived by his wife, his son, and his mother. His family has asked that memorials be directed to the law school for the purpose of establishing a scholarship in Professor Nagareda’s honor. 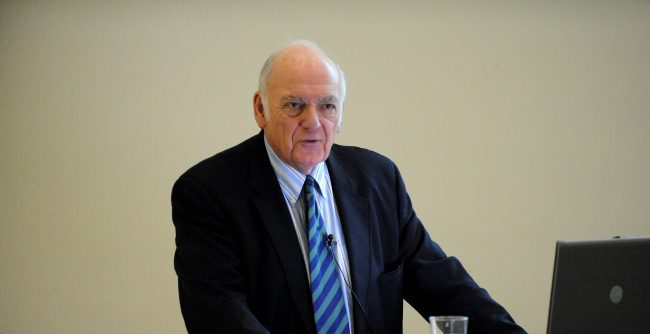