Vanderbilt class of 2014 draws from largest applicant pool ever

Vanderbilt University’s Expanded Aid Program to fund students with demonstrated need who earn admittance has resulted in the most selective class in its history.

Beginning in the fall of 2009, Vanderbilt eliminated all need-based loans for admitted Vanderbilt students, choosing to substitute scholarships and grants to those with demonstrated need.

“Vanderbilt’s investment to attract the best students regardless of financial circumstances is already paying off handsomely,” said Douglas L. Christiansen, vice provost for enrollment and dean of admissions. “More than a thousand different high schools are represented in the new class, and our 17.9 percent admit rate is the most selective in our history.

“We are getting the best students possible based on talent and ability, and our message that ability to pay is not an issue at Vanderbilt is being heard.”

The class of 2014 is 51 percent male and 49 percent female, with average SAT and ACT test scores in the 97th percentile for all test-takers. SAT scores for the middle 50 percent of the class ranged from 1360 to 1530, up 10 points from last year.

There are 146 valedictorians in the 1,600 first-year class, with 85 percent in the top 10 percent of their high school class. Every newly enrolled student had significant extracurricular or leadership experience in their high school or community.

“This new first-year class has had a terrific start at Vanderbilt beginning with move-in and carrying through CommonVU and the start of classes,” said  Richard McCarty, provost and vice chancellor for academic affairs. “I’m confident that their experience with our Vanderbilt faculty and staff and the broader Nashville community will bring out their full potential over the next four years. Their future is also our future, and I believe we’re in excellent hands.”

The class of 2014 is the most racially diverse in Vanderbilt history, with 30 percent self-identifying as a minority. The percentage of African American students rose to 8.9 percent from 7.4 percent for the class of 2013. Hispanics make up 9 percent of the class, up from 8.6 percent last year.

“It is apparent that each of you has set the highest standards of excellence for yourselves, while simultaneously raising the expectations of those around you,” Christiansen told the class Aug. 22 at one of their first meetings. 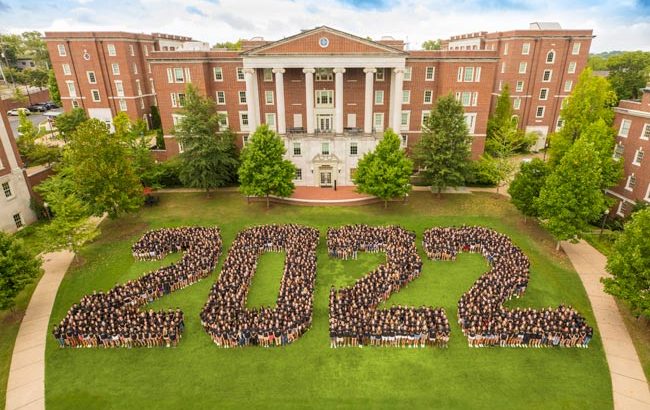