A memorial service for Rendigs Thomas Fels, professor of economics, emeritus, is set for 2 p.m. Feb. 26 at Westminster Presbyterian Church. Visitation will begin at 1 p.m.

Fels, 92, died at his home in Nashville on Jan. 24. He taught at Vanderbilt for 42 years, from 1948 until his retirement in 1982, serving two tenures as department chair – from 1962 to 1965 and from 1977 to 1978. In 1981, he was awarded the Madison Sarratt Prize for excellence in undergraduate education. After retirement, Fels continued teaching for eight years as professor emeritus.

In his trademark crew cut, bow tie and open convertible, he was a distinctive figure on campus. John Siegfried, economics department chair from 1980 to 1986, said Fels was known for high standards in both research and teaching. He was especially known for his contributions to economic education and for his emphasis on teaching a few important ideas very well.

“There is a perhaps apocryphal story that circulates at Vanderbilt of a dissatisfied student visiting Fels’ office after a course ended,” Siegfried, professor of economics, remembered. “The student demanded to know why he had received a D in the course. Fels calmly answered, ‘Because you did very well on the final examination.'”

Born in Cincinnati, Fels graduated from Walnut Hills High School in 1935 and attended Harvard College on a scholarship from the Harvard Club of Cincinnati. Fels was selected in an open competition to speak as the “Freshman in the Yard” at Harvard’s 300th anniversary celebration in September 1936. He delivered his speech to a crowded Harvard Yard filled with dignitaries, including President Franklin D. Roosevelt. As an undergraduate, he also appeared in an on-campus production written and directed by his classmate, Leonard Bernstein.

Fels graduated Phi Beta Kappa from Harvard College in 1939 with a bachelor’s degree in economics. He received a master’s degree in economics from Columbia University in 1940 and a Ph.D. from Harvard in 1948. Fels served in the Army Air Corps during World War II. He was honorably discharged in 1946 with the rank of major. He began teaching at Vanderbilt in 1948, his first and only permanent academic appointment.

At Vanderbilt, Fels helped found the Graduate Program in Economic Development, a program for economists from developing countries that trained hundreds of economists who later rose to prominence in their own countries, including Muhammad Yunus. Yunus received the Nobel Peace Prize in 2006 for pioneering the use of micro-loans to provide credit to poor individuals.

Fels published nine professional articles in his first eight years at Vanderbilt alone. He is the author of a number of books, including Business Cycles from 1865 to 1897, Challenge to the American Economy and the definitive summary and abridgement of the work of the economist Joseph Schumpeter.

In 1970, Fels was asked to serve as secretary-treasurer of the American Economics Association, a post he held for six years. He remained as treasurer until 1987. When he accepted the position, the AEA moved its national headquarters to Nashville, where it remains today. He was instrumental in starting The Journal of Economic Perspectives, a publication designed to showcase new ideas and policy issues in economics in language accessible to non-economists.

Fels had a lifelong passion for teaching the introductory course in economics. He felt that every undergraduate student should be required to demonstrate mastery of the basic principles of economics, whether or not further study was planned, Siegfried said.

Fels was married to the late Beatrice Baker Fels, also of Cincinnati, who died in 2000. They had two children, Carmichael, who died in 1999, and Charles. In addition to his son, Charles, of Knoxville, he is survived by his wife, Marilyn, whom he married in 2001, three step-children, Anderson, John and Charles Whiteman, and three grandchildren, Elizabeth, Sarah and Andrew. 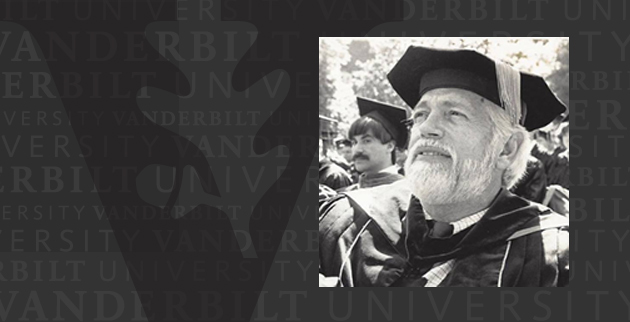