An appetite for life 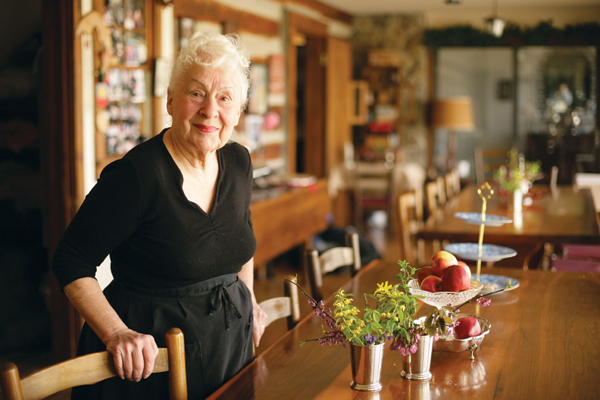 One of her cookbooks is titled From Phila with Love, and it sums up the sunny outlook of Phila Hach, BS’49—world-renowned chef, caterer, businesswoman, lecturer and author of 17 cookbooks—who is still going strong at age 83.

She’s met three United States presidents, Nobel Prize winner Albert Einstein, and once catered a meal for about 1,800 dignitaries when the entire United Nations delegation came to Nashville in the mid-1970s.

“I’m getting ready to go to Las Vegas to speak to about 4,000 or 5,000 caterers from around the world,” Hach said in an interview earlier this year. “I will speak to these people about how you empower yourself to move forward through your adversities. Of course, we have an economic slowdown right now, but that shouldn’t put
you out of business. It should put you in more business with vision.”

Hach earned her degree while serving as a full-time flight attendant, or stewardess, as they were known at the time, for American Airlines. She attended classes Monday through Thursday and then flew on Friday, Saturday and Sunday. She flew for 10 years, all the while continuing to learn about food during layovers.

I was always in the kitchens of the great hotels. Every time I would go in, they would welcome me into the kitchen. I learned so much from these people. They would let me have an apron, and I would watch them. It was just fabulous.

“I was always in the kitchens of the great hotels,” she says. “You had the Savoy in London, the Georges V in Paris, the Tivoli in Copenhagen, and the Sacher in Vienna. Every time I would go in, they would welcome me into the kitchen. I learned so much from these people. They would let me have an apron, and I would watch them. It was just fabulous.” She also sat in on cooking classes at the University of Hawaii during layovers, learning about the art of cooking Asian and Samoan dishes. While training flight attendants in Chicago, she attended the Antoinette Pope School of Fancy Cooking.

She met her late husband, Adolf Hach, in Paris after he offered to help her with luggage. Back in Nashville, she hosted what she believes was the first televised cooking show in the South, Kitchen Kollege on WSM-TV, while continuing to fly. She shared her TV table with the likes of June Carter Cash, Minnie Pearl, Julia Child and Duncan Hines.

Her future husband saw Phila on television about two years after first meeting her and wrote to her a number of times before she consented to go out with him.

They went on a yearlong honeymoon and then opened a catering business in 1956 in Clarksville, Tenn., where they later operated a very successful inn. For the past 25 years, she and her son Joe have owned and operated Hachland Hill Vineyard, a corporate retreat and bed and breakfast on her old family property in Joelton, Tenn. They have another business that caters international flights out of Fort Campbell, Ky.

Her favorite menu to serve? “I love the old recipes of the South, like country ham, chicken and dumplings, cheese grits with garlic, homemade biscuits and my grandmother’s custard pie,” says Hach. 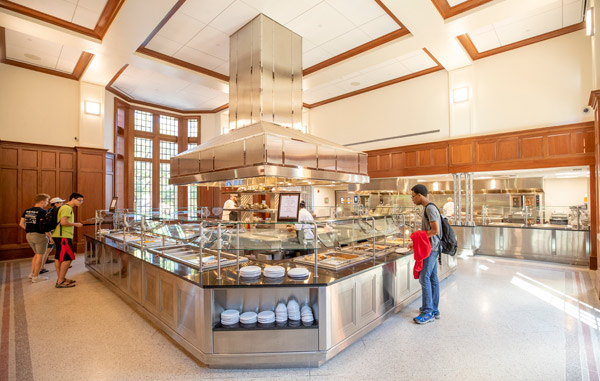