Letters to the Editor

In reality, pages 34–35 of the 1964 Commodore yearbook chronicle the nocturnal naughtiness that transpired when “one moonlit evening in early April, the quad dwellers of kindly Kissam decided the time was right for a romantic invasion upon the towering brick and steel of the Chaffin Hilton. The panty raiders gathered forces, and soon 500 screaming students accosted the quad from three directions. Campus FBI Head Albert Vaughn and football coach Jack Green stood watching helplessly as coeds responded with a dazzling assortment of undergarments. A few daring TVMs [typical Vanderbilt males] penetrated the inner sanctum, chased all the while by the faithful campus police. ‘We want sex.’ ‘Come and get it.’ ‘We are horny.’ ‘So are we.’ And thus went the taunts back and forth.”

I know. I was there.

As I remember, the [panty] raid of 1952 was initiated by someone (I do not recall who) playing “charge” on a bugle from the roof or top floor of the very old Kissam Hall, which resounded all over the campus. It was also that year, I believe, that a parody of the newly created Playboy magazine with a cover picture of an undergraduate male (fraternity brother of mine) dressed in a Playboy bunny outfit was distributed by students. The students loved it, but the university administration did not take any more kindly to this magazine than they did the panty raid, and immediately confiscated all copies. It was a memorable year.

In the Fall 2008 Southern Journal article, “Family Inheritance,” Sheryll Cashin, BE’84, reminisces that her “Daddy’s lawyers had to go all the way to the Supreme Court of the United States to get an order giving the NDPA [National Democratic Party of Alabama] the right to run candidates throughout the state. When the [Greene County probate] judge disobeyed that order, the lawyers went back to the Supreme Court.”

I was one of those lawyers. Her daddy, John Cashin, had assembled a remarkable legal team of Southerners, led by Charles Morgan Jr., a University of Alabama graduate. Chuck was then heading the ACLU’s Southern Regional Office where I was working (a job I wouldn’t have had but for my close friendship with Vanderbilt Law School classmate I.T. “Tony” Creswell Jr., LLB’64, only the third black person to attend the law school). The lawyers at the counsel table in the Supreme Court were Chuck (who did all the talking), Orzell Billingsley Jr. of Birmingham (Talladega College and Howard University) and I. One of the team of lawyers, George Dean, a University of Alabama graduate, had a black cat and a white cat, named Orzell and Reber. The Alabama Law School furnished a cadre of law students that was indispensable.

Sheryll Cashin also mentions “the farm Daddy bought for the Black Muslims.” That got me to court, too—a three-judge federal court in Montgomery. Some white people near the farm got really upset; they formed a couple of organizations: RID (Restore Integrity to Development) and “Stop the Muslims.” The governor, attorney general, legislature and sheriff got into the act. The flag, Christianity and anticommunism were invoked. There were legislative investigations and arrests, including that of Orzell Billingsley for representing the Muslims. A couple of young lawyers came from North Carolina to help Orzell and me sue all those officials.

We won that one, too.

As I read J. Luke Webb’s meditation on public schools and teaching, “Where Few Dare Tread” [Fall 2008 issue, S.P.O.V.], I couldn’t help thinking I had found someone who would understand the power and promise of school choice reform.

Education tax-credit programs that fund educational scholarships for low and middle income children are spreading across the country, from Rhode Island to Georgia and Arizona. This bipartisan policy allows parents to place their child in the best school for them, public or private.

Webb was clearly and painfully failed by a rigid government-run school system. He recognizes that access to private schools can open wonderful opportunities for a child. And he remains admirably dedicated to the ideals of an educated public and a system that provides access to good educational options for all children.

But like Webb, too many others have attained success “largely in spite of the public schools.” Webb is sadly correct that, “for millions of families like my own, no other options exist” than a failing public school system that makes a mockery of our common goals.

I’d like to challenge Webb to be more creative and determined in pursuing his ideals of public education, for we do not have to abide by a tragically inadequate government-run school system.

We must put parents, rather than bureaucrats and politicians, fully in charge of their child’s education. School choice reforms like education tax credits can deliver an educated public, which, after all, is the goal of public education.

I was interested in reading about the inaugural Athletics Hall of Fame class [Fall 2008 issue, Sports]. As stated, achievement in sports was not the only criterion for inclusion. I believe Herbert R. (Herb) Rich, BA’50, LLB’54, should be among the next group of inductees.

Herb was first-string varsity football, basketball and baseball during his freshman year at Vanderbilt. His exploits on the football field, hardwood and baseball diamond are legion. His emphasis was on football for the rest of his college career, and he became a two-way back for some of Vanderbilt’s best teams. He went on to play professional football with the old Baltimore Colts of the All-America Conference and led the league in punt returns during his first year. Following the merger he played with the New York Giants, where he was a member of the famous umbrella defense, alongside Tom Landry of Dallas Cowboys coaching fame. Herb also played for the Los Angeles Rams.

Herb became a successful attorney in Nashville and an ardent supporter of community activities, particularly the Boys and Girls Club. Herb died last year. I cannot think of anyone who deserves induction into the next class of the Vanderbilt Hall of Fame more.

I am a Vanderbilt chemical engineering graduate, and I worked 33 years for Union Carbide Corp. While I never worked in that portion of the corporation involved in the Bhopal tragedy [Fall 2008 issue, “Lessons Learned the Hard Way”], I am quite familiar with the circumstances.

The story of Union Carbide’s involvement in India is much more than the Bhopal tragedy. Methyl isocyanate (MIC) is the key ingredient in the manufacture of Sevin pesticide. After Union Carbide began selling Sevin to Indian farmers, the pesticide became a major factor in helping India switch from being a net importer of food to becoming self-sufficient and then a net exporter of food.

The Indian government wanted India to become more industrialized. They put pressure on Union Carbide (as well as other foreign corporations) to manufacture more materials locally rather than importing them. During the course of 15 to 20 years, Union Carbide moved more and more operations involved in the manufacture of Sevin to India.

The corporation’s intentional choice of a relatively isolated site for the Bhopal plant was well known to the Indian government. Nevertheless, no sooner had the plant been built than a shantytown grew up literally against the outside fence. Government officials turned deaf ears to Union Carbide’s protests. The people inhabiting these hovels bore the brunt of the MIC gas attack on Dec. 2, 1984.

Following the tragedy, the legal profession, both American and international, covered itself with shame as lawyers from all over the world rushed to the scene in a frenzied attempt to sign up clients for legal action against Union Carbide. The Indian government did not behave much better. The chairman of Union Carbide was placed under arrest when he flew to the scene to provide humanitarian aid. Union Carbide personnel were barred from the facility, greatly complicating problems of assuring that it was properly secured and determining the cause. Later, when Union Carbide secretly funneled funds through an American university to build a hospital to treat victims of the tragedy, the Indian government discovered the source of the funds—and had the hospital bulldozed.

There are many reasons Union Carbide did not survive as a separate corporate entity, and perhaps Bhopal is more a symptom than the direct cause—but Dec. 2, 1984, definitely marked the beginning of the end.

Jennifer Pietenpol, director of the Vanderbilt-Ingram Cancer Center, who was featured in our article “The Longest War” [Fall 2008 issue], is also the B.F. Byrd Jr. Professor of Oncology. 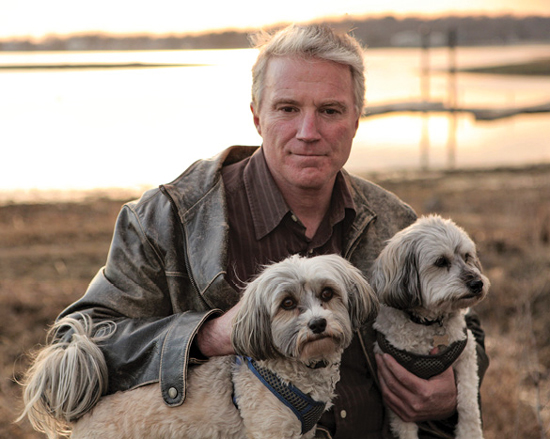