A plan to use nanotechnology to produce a new type of cancer detector won the third-place award at the NanoNexus2007 conference held last month at Oak Ridge National Laboratory.

The detector has been under development for two years by Vanderbilt graduate student Chinmay Soman working under the supervision of Todd Giorgio, professor of biomedical engineering. They have demonstrated that the simple and inexpensive system, which can be built from off-the-shelf components, can rapidly detect the presence of cancer biomarkers – telltale proteins in body fluids that can signal the presence of malignant tumors – at very low levels.

The NanoNexus Idea to Product competition, which took place on April 3-4, was based not only on the technical merit of the proposed device but also on the plan that the researchers advanced for turning it into a commercial product. The judges were drawn from nanotechnology companies, venture capital firms and government research laboratories. Soman and fellow biomedical engineering graduate student Ashwath Jayagopal presented the cancer-detection technology and an associated business plan that won the third-place award of $2,500.

The Quantum Dot Enabled Multiplexed Antigen Profiling (QuaD-MAP) system is based on the ability of nanoparticles to self-assemble – form structures without external prodding. The system starts with nanoscale fluorescent beads called quantum dots. These come in a range of different colors and are used to tag specific biological structures.

Another key component is antibodies, proteins produced by the body’s immune system that recognize and bind to foreign substances. The researchers chemically attach antibodies onto the surface of the quantum dots that bind to a particular biomarker. When they mix them in liquid containing the biomarkers, the proteins act as bridges between the quantum dots, forming microscale ‘snowballs’ from the nanoscale ‘snowflakes.’ Within a matter of minutes, the fluorescent snowballs grow large enough that they can be easily detected by a flow cytometer, a standard hospital instrument used for counting and measuring blood cells. If the targeted biomarkers are not present, the quantum dots do not agglomerate and remain undetectable by the cytometer.

Vanderbilt has applied for a patent on the use of controlled nanoparticle agglomeration combined with characterization by flow cytometry as a novel method of protein detection.

“Biomarker research has been going on for some time and is just reaching the point where we are reasonably confident that biomarkers can be used for cancer detection,” Giorgio said. “However, current methods for detecting biomarkers are complicated and expensive, particularly since it appears that it will take the simultaneous identification of several biomarkers to determine the presence of many cancers unambiguously.”

That is one of the strengths of the QuaD-MAP approach: It can detect the presence of a number of different biomarkers simultaneously by attaching the antibodies to each biomarker to different-colored quantum dots.

“With this technology, a future scenario might be that you go to the doctor every year for an annual checkup; he draws about 10 cc’s of your blood and runs it through our machine,” said Soman. “The machine is equipped to detect the biomarkers for all the common types of cancer. Half an hour later it produces a list of the biomarkers that it has found. And then either a software program or the physician examines this list to determine whether you have any cancers that need treating.”

Although they don’t have any hard-and-fast figures, the researchers say that such a test could be very inexpensive. Quantum dots are expensive on a per gram basis, but only a minute quantity is used in each test.

“For our commercial plan, we proposed a variation on the Gillette razor model: Selling razors cheaply and profiting on the sale of the blades,” Soman said. “There was a lot of interest in our approach because it gets around one of the major problems in the biomarker field – the need to license biomarkers that have been patented by hundreds of different people.”

The researchers are focusing on lung cancer as an initial application because there is currently no adequate way to detect it at an early stage. According to the American Cancer Society’s Cancer Facts and Figures 2007, only 16 percent of lung cancers are detected early, when they can be treated with a 50 percent survival rate. For the other 84 percent, the survival rate drops to 2 percent.

Currently, the researchers are looking for a small business that is interested in partnering with them to apply for a federal small business innovative research grant. “Since the technology is beyond the exploratory stage now, we think the SBIR is the way to go,” Giorgio said. 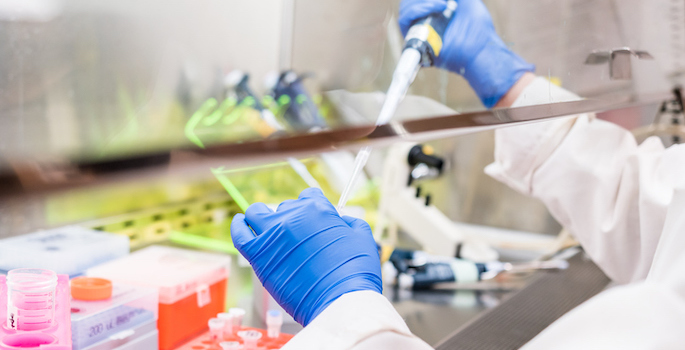 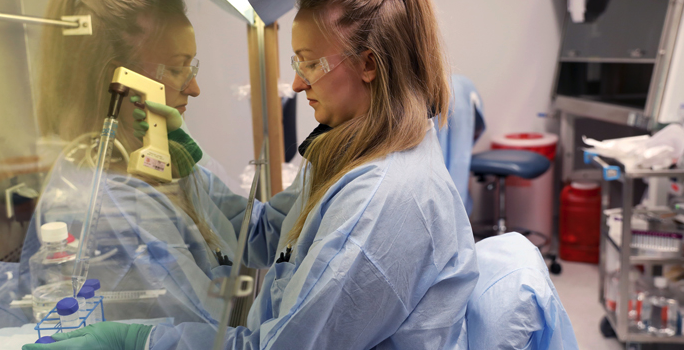 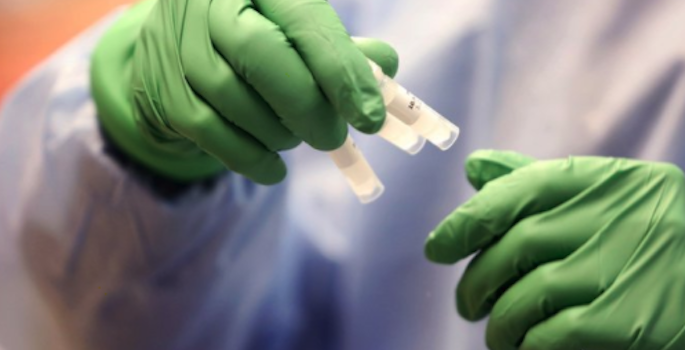