NASHVILLE, Tenn. – Last year, the amount of external funding that
Vanderbilt researchers received from peer-reviewed contracts and grants
increased by 19 percent to reach an all-time high of $339.4 million.

It is the second year in a row that the increase in the level of
extramural funding has been in the double digits. In the fiscal year
that ended in June 2002, campus researchers received a total of $285.8
million, which was 31 percent higher than the previous year.

The increase in fiscal year 2003 was spearheaded by the Medical
Center, which saw the value of its contracts and grants mushroom by 21
percent, compared to a 12 percent growth in extramural funding for the
rest of the campus. (The Medical Center accounts for about 75 percent
of the extramural funding that Vanderbilt receives.)

The unprecedented rate of growth in research funding that the
University has experienced in recent years is due in large part to the
five-year plan of the U.S. Congress to double the budget of the
National Institutes of Health. "Without the NIH budget going up by 15
percent plus per year, I expect that we will see our growth rate
moderate," predicts Thomas F. Barnes, special adviser in the Office of
Grants Management and Research Contracts at the Medical Center, adding,
"but we are still processing grants like crazy."

According to Sandra Goldstein, executive director of the Office of
Grants Management and Research Contracts, much of last year’s increase
at the Medical Center was the result of the establishment of two new
Specialized Program of Research Excellence (SPORE) centers at the
Vanderbilt-Ingram Cancer Center-one in breast cancer and the other in
gastrointestinal cancer. The National Cancer Institute established the
SPORE program to speed up the exchange between interdisciplinary
laboratory research and the treatment of patients in the clinical care
setting. Each of the five-year SPORE grants provides about $2.5 million
annually. Vanderbilt has had a lung cancer SPORE since 2001.

The other large award that the Medical Center received was a
five-year, $12.6-million contract to study vaccines for a variety of
infectious diseases, including influenza and whooping cough.

Despite the fact that federal spending on medical research is
expected to plateau, Dr. Jeffrey Balser maintains that Vanderbilt is
well positioned to respond to the NIH’s new "research road map" that
will govern an increasing percentage of the agency’s funding. The road
map calls for speeding the discovery of new treatments by strengthening
the link between the research lab and the clinic.

"Vanderbilt is fortunate to have a very strong clinical informatics
infrastructure, unlike most institutions, so we are in a good position
to become a national leader in linking clinical information with
genetic and other molecular information," says Balser, who is the
Medical Center’s associate vice chancellor for research.

Fiscal year 2003 was also an unusually good year for researchers on
the rest of the campus. "The really nice thing about this past year was
that it was steady growth; it was everywhere," observes John Childress,
director of the Division of Sponsored Research, which processes
contract and grant applications for University central. "There were a
few stellar performers, but mostly the growth came from new researchers
who brought major grants with them, combined with the maturation of
existing research programs."

One of the bright spots was the School of Engineering, which
experienced a 52 percent rise in contracts and grants. Spearheading
this jump was the Department of Electrical Engineering and Computer
Science, which posted a 64 percent gain. That was enough to move the
engineers ahead of the faculty in the College of Arts and Science in
terms of total funding dollars for the first time in the last 10 years.

With a whopping 122 percent increase in extramural funding, the
Department of Biological Sciences exhibited the most vigorous growth in
Arts and Science. Physics and astronomy was up by 40 percent, while
psychology rose 23 percent.
There were also two departments at
Peabody College that showed exceptionally strong growth: special
education was up 23 percent while teaching and learning grew 173
percent. 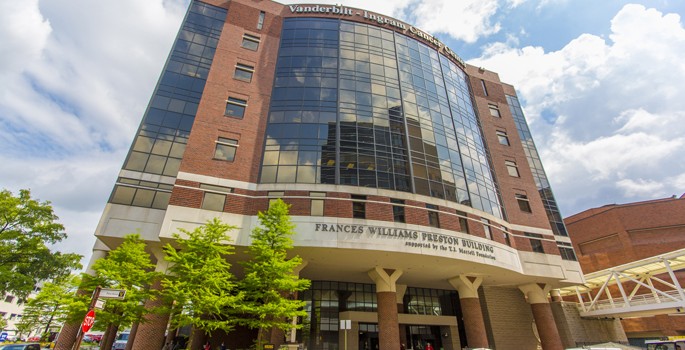