Vanderbilt University Medical Center is one of three institutions participating in a $25 million, five-year trial of 200 patients comparing the safety and efficacy of fetal surgical repair and traditional postnatal repair of open neural tube defects in infants with spina bifida.

Vanderbilt joins University of California, San Francisco and Children’s Hospital of Philadelphia in the randomized controlled MOMS trial (Management of Myelomeningocele Study) sponsored by the National Institute of Child Health and Human Development, one of the National Institutes of Health. Prior to the MOMS trial, the three institutions were responsible for most of the 225 procedures that had been performed worldwide. Vanderbilt performed 176.

MOMS, the largest randomized clinical study of an open-uterine procedure, was requested by the NIH in 2000 to look at the promise, risks and controversy generated by the procedure. Teams from each of the three institutions were summoned to Bethesda, Md., for the "Spina Bifida Summit," where surgeons, ethicists, obstetricians and pediatricians updated officials on the procedure. The trial has been under design since then. Vanderbilt performed its first procedure in the MOMS trial about a month ago.

"The study is needed, not only to demonstrate the significant and long-term benefit of spina bifida repair, but to validate the entire field of maternal-fetal surgery," said Dr. Joseph P. Bruner, associate professor of Obstetrics and Gynecology and director of Fetal Diagnosis and Therapy. At Vanderbilt, the procedure is performed by Bruner and Dr. Noel B. Tulipan, professor of Neurological Surgery and director of Pediatric Neurosurgery. Bruner opens the mother’s abdomen and uterus, partially removes the fetus, then Tulipan sews shut the opening over the fetus’s spinal cord.

"There has never been a trial that has demonstrated the efficacy of fetal surgery. If our short-term data holds up, this will be the first trial that justifies the entire enterprise," Bruner said. "It will extend beyond fetal surgery for spina bifida. It will grant legitimacy to the entire subspecialty.

"There was a strong consensus that a study was needed because the early results were promising at a time when other maternal-fetal surgeries were extremely rare or their outcomes were very complicated."

Tulipan said there is still much skepticism, especially among neurosurgeons, about the benefits of the procedure, and whether the benefits outweigh the risks.

"This is because the data that have so far been published have been based on retrospective analysis. It is therefore critical to establish the precise extent of any benefit, as well as the risks," Tulipan said. "Only in this way can specialists in perinatology and neurosurgery make a rational judgment regarding the overall value of the procedure…only in this way will the medical community be convinced that fetal repair should take the place of conventional postnatal therapy as the treatment of choice for this devastating disease."

MOMS is being coordinated by the Biostatistics Center of George Washington University in Rockville, Md. The 200 women enrolled in the study must be at least 18 years old. Half will be randomized by a computer to have prenatal surgery and half to have postnatal surgery, the traditional repair of spina bifida. The prenatal surgery will be done at one of the three centers between the 19th and 25th week of pregnancy. Women in both groups will deliver their babies at the assigned MOMS Center by Caesarean section around the 37th week of pregnancy.

Women assigned to the prenatal group will stay near their MOMS center from the time they have the surgery until they deliver. Those in the postnatal group may return home and be cared for by doctors in their area, then return to the MOMS Center at 37 weeks for delivery by C-section and for postnatal closure by the neurosurgeon at that MOMS Center.

At Vanderbilt, Tulipan will perform the closure on both sets of patients. All enrolled patients will be required to return to their assigned MOMS Center for one- and two-year post delivery follow-up, which will be performed by an independent team.

Prior to being enrolled, interested women are first assessed by Dr. Catherine Shaer, the program manager at GWU. They must sign an informed consent to let Shaer evaluate their records and speak with their physician, and then once eligibility is determined, they are assigned to one of the three centers. After completing a full screening at the center they are assigned to, they are randomly assigned to one of the two groups (prenatal or postnatal surgery) in the trial.

Spina bifida is the most common neurologic birth defect in the United States, occurring in 1.5 to 2 out of every 1,000 live births. Babies born with the defect have an opening in their spine, and although it is not considered to be a lethal disorder, in many cases there can be compromise to both motor and cognitive abilities. Babies typically have lower extremity weakness or paralysis, sensory loss, dysfunction of urinary or bowel functions, and are prone to develop hydrocephalus, the increase of spinal fluid in the brain.

Since the 1930s the first step in treatment of babies with spina bifida has been surgically closing the opening in their back a few days after birth. The surgery prevents further damage to and infection of the nerve tissues but doesn?t restore function to the already damaged nerves. A shunt is usually placed within the ventricles to drain excess fluid and relieve pressure in the brain.

Research has shown that spinal function in babies with spina bifida seems to worsen throughout pregnancy. It is believed that there is ongoing damage to the open portion of the spinal cord, possibly from contact with the amniotic fluid. Some research also indicates that the fetal body best repairs damaged nervous tissue in young individuals. Because of this research, in 1994, doctors began trying out various methods for closing spina bifida defects in the womb.

Vanderbilt began performing the procedure in 1997. Vanderbilt’s fetal surgery team includes several specialties, including the Center for Clinical and Research Ethics. Mark J. Bliton, Ph.D., assistant professor of Medicine, is the ethicist who has been involved since the beginning.

"We’ve heard from families that being able to meet with an ethicist is a very beneficial part of their experience. It’s a time that can be very frightening and agonizing because prenatal diagnosis can identify different syndromes that we aren’t yet able to treat. Our diagnostic acumen exceeds our therapeutic reach. We (ethics) are concerned that these couples are not simply informed about, but also have a clear understanding of the risks to the fetus and the mother as well as the potential benefits. My role is oriented around decision making and ensuring that couples have enough time to evaluate the potential risks and benefits in a way that is integrated with their stable values. We also encourage them to ask questions throughout the counseling process."

Bruner said one of the questions the trial is expected to answer is whether it’s best to operate on a baby with spina bifida before or after it is born.

In 1999, a comprehensive follow-up of 29 babies born after undergoing fetal surgery at VUMC showed a significant reduction in the need for shunts to relieve hydrocephalus. Only 59 percent of the fetal surgery patients required a shunt, compared to 91 percent in the control group (postnatal repair).

"The reason for doing a trial like MOMS is that we need a good control group and we need to follow our patients for a long period of time," Bruner said. "I’m very excited. But in the meantime we recognize that the major drawback to this surgery is that it is risky. We continue to work constantly to try to decrease that risk. The surgery today is safer and less risky than when we began. Techniques and the equipment are better.?"

One of the future improvements to the procedure is expected to be the DaVinci Robotic system that’s currently being tested in animals at VUMC. Bruner said the procedure should enable the procedure to be performed endoscopically instead of through a large incision in the uterine wall. Patients might be able to deliver vaginally.

Although the MOMS study is funded for just five years, Bruner said the NIH will probably continue to fund the long-term follow-up of these patients.

"We’ve had patients come from all over North America for this procedure," Bruner said. "Vanderbilt simply couldn’t afford to bring them all back here once a year for standard follow-up. This study creates a group of patients who can be followed until young adulthood so we’re able to come up with answers to long-term questions about the effects of this surgery." 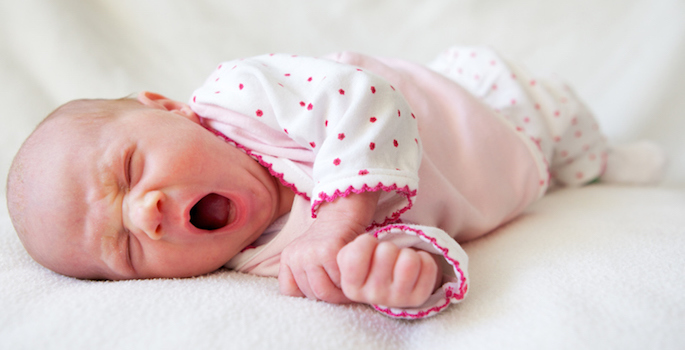 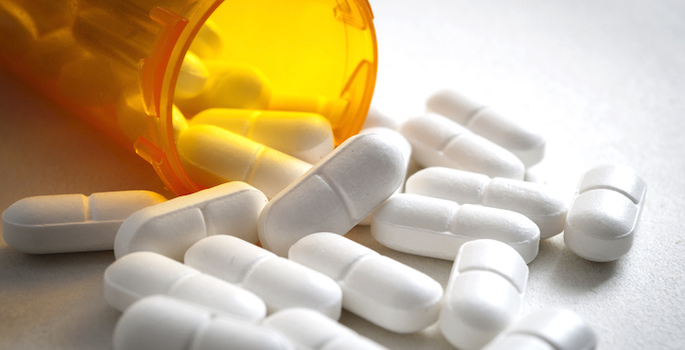 Study launched to test hydroxychloroquine as treatment for COVID-19