Lunchtime lecture series promises to be both filling and fulfilling

NASHVILLE, Tenn. – Hungry for knowledge? Thirsty for the truth? Join Vanderbilt University and the Nashville Public Library as they serve up the next round of their popular box lunch and lecture series, back after a summer break.

The University and the library once again are teaming up to bring lunchtime learning to the Main Library on Church Street. Lunch, catered by Vanderbilt neighbor Provence, will be provided free of charge to those attending the lectures, which are described by series developers as “conversations with a philosophical flavor.”

“Thinking Out of the (Lunch) Box,” a series of Wednesday lectures, begins its fall season on Sept. 4 with a discussion on “Remembering September 11” led by James Booth, professor of political science at Vanderbilt.

For the series, lunch will be served at 11:30 a.m. in the library’s conference center, followed by a brief lecture at noon. After the lecture, Vanderbilt Professor of Philosophy David Wood, who developed the idea for the series, will pose questions to and facilitate a conversation with the featured faculty member. Then audience members will be asked to do the same.

“It’s a very interactive and non-threatening format,” Wood said. “The faculty member is given a chance to talk to the audience, and then we all have the opportunity to respond and talk about what’s been said,” he added.

The lecture series fits with the missions of both the University and the library. “Vanderbilt sees this series as a great way to reach out to our downtown neighbors who may not have a chance to take advantage of the variety of learning opportunities offered on campus,” said Michael J. Schoenfeld, vice chancellor for public affairs.

“We were pleasantly surprised at the tremendous response to the inaugural series of lectures last spring. It reinforced our belief that there are many people who would like to expand their thinking with discussions such as these.” More than 250 people participated in each of the spring programs.

Donna Nicely, Nashville Public Library director, agrees that the partnership is a natural fit and that the library—as a cultural and intellectual center of downtown—is the perfect setting for the series.

“We see the library as the ideal location for community events such as these and are pleased to partner with Vanderbilt once again to bring this exciting learning opportunity to Nashville residents and the many people who work downtown every day. It’s wonderful to have people filling our conference center for a program during the middle of a weekday, which really shows that great programming will bring out people at any time of day,” Nicely said.

The series will continue through December, then resume in 2003 after a break for the holidays.

The second lecture in the series will feature Helmut Smith, associate professor of history at Vanderbilt, who will discuss “Imagining the Unthinkable: Teaching the Holocaust“ on Oct. 2.

The fourth lecture of this series is on Dec. 4. Gregg Horowitz, associate professor of philosophy, will discuss “Philosophy and Dreams.”

Because of space restrictions, reservations are required for the “Thinking Out of the (Lunch) Box” series. To reserve a space, call 615-322-8585. Parking will be available in the garage adjacent to the library, and the first hour will be free. Anyone using the garage should bring the ticket to the lecture so that library staff can validate it. 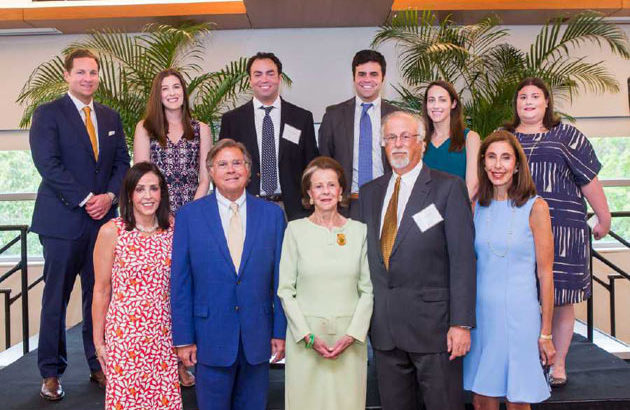